Dealing With & Moving Beyond Painful Emotions

I watched a documentary recently called Cage Fighter (2017). It’s about a Dad, Joe, who tries to leave his professional fighting career for the benefit of both himself and his family. Joe had a difficult life growing up. A dysfunctional family. A strained relationship with his father. A lack of attention and love. And, a constant feeling of not being good enough.

At one point in the film, Joe’s daughter is crying because of a fight she just had with her sister. Joe walks over and embraces her. He then tells her to stop crying, raise her head and forget about what just happened. Subservient to her father, Joe’s daughter obeys and walks away.

Joe was no doubt trying to help his daughter in this situation. He saw that she was sad, and he didn’t want her to feel that way. So, he did what most of us do to both family and friends: he encouraged her to dismiss her emotions in an attempt to get rid of her pain. Seems admirable enough. A loving father helping his child get rid of pain. Unfortunately, Joe’s approach in this scene is anything but admirable. 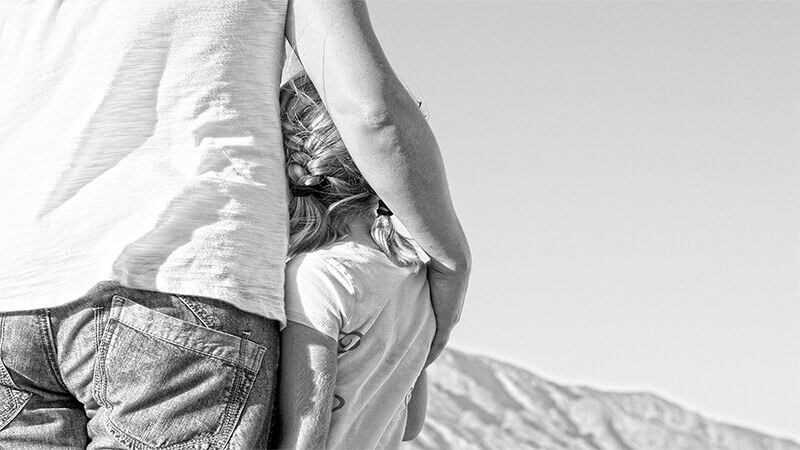 The problem with Joe’s approach is that it relies on a false assumption about human nature and feelings. In encouraging his daughter to do away with her sadness, he unconsciously implies that her feelings are not an essential part of who she is, and that, by default, she can simply discard them at whim. To take it a step further, Joe’s implies that people are actually happier and more fulfilled without them. Sadly, although most of us think and act like this in our own personal lives, it could not be further from the truth.

Despite what others may say, emotions are an integral part of our humanity. They are not foreign invaders that threaten to destroy, debilitate, and weaken. They are indispensable physical and psychological vehicles by which we all experience, and communicate with, the world, other people, and ourselves. They are so intertwined with our very nature that we cannot be who we really are without them.

Another way of thinking about this, contrary to Joe’s assumption, is that feelings are actually incapable of being fully ignored or gotten rid of. Joe’s daughter felt sad over her fight with her sister. And, although she may have wiped her tears away and raised her head, she did not succeed in cleansing herself of her painful emotions. She merely repressed them. At the prompting of her Dad, she buried them somewhere inside and covered them over with a superficial mask of strength and confidence.

This is where the deficiency of Joe’s approach gets a whole lot uglier. When a person buries painful feelings repeatedly and consistently, serious problems often arise. Physical tension. Pain and illness. A disconnect with the body. Mental distress. Distorted thinking. Limited self-awareness. Unhealthy human relationships. And, this is to name only some of the collateral damage that can occur. 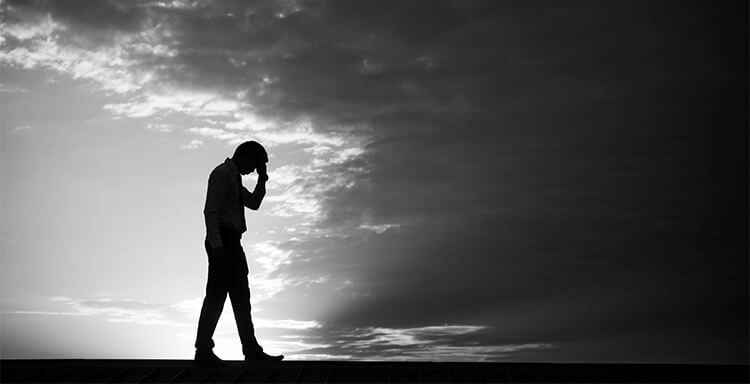 Most of us, of course, can relate with this. We’ve all experienced unpleasant emotions growing up, as well in our adult years. We’ve all likely repressed those emotions as a way coping. And, we’ve all likely felt the stinging repercussions of such unhealthy practices. While definitely not fun, these experiences are proof for us that neglecting emotions, at any stage in life, is anything but healthy.

The shortcomings of Joe’s handling of emotions should get us all thinking about adopting a better approach ourselves. But, what is a better approach? Well, a good first step would be to not neglect our feelings. For Joe’s daughter, this would have involved embracing her sadness, allowing her tears, and not putting on a false mask of confidence and strength. This would represent progress. But, we can go a little further than that. Instead of focusing merely on what ‘not to do,’ we can also learn to fully confront and process our emotions.

Confronting and processing our emotions can be a messy job. But, a good way forward would be to learn to actually acknowledge the way we feel. Acknowledgement in this area starts with trying to sense our emotions as they arise. Pausing. Breathing. Remaining calm and alert. Recognizing physical sensations. All of this opens up our field of awareness in the present moment, thereby allowing us to have a better grasp of what we’re actually experiencing.

Acknowledging emotions, though, also involves the process of categorizing them. Sad. Hurt. Angry. Confused. Insecure. Doubtful. Guilty. These are all descriptive words that represent some of the many different feelings we experience but don’t really know much about. It is helpful for us to learn these names and what they signify because many of us only have a faint understanding of what they represent, and an even lesser understanding of how they express themselves in us. With this knowledge, we will be better equipped to experience our feelings on a deeper level, and, in turn, to recognize them more accurately.

After acknowledgement comes the step of learning to process emotions. Once we can understand and name what it is we are feeling, we can then begin to express it more fully in a healthy way. This can be done through talking, journaling, prayer, or counselling – among other forms. In expressing our emotions in any of these ways, we become more deeply aware of them and come to understand how they affects us both physically and psychologically. The result of all this is that our emotions begins to lose its sting. Our awareness brings them into the light, and, in the light, they lessen in intensity and slowly lose their power and control over us. 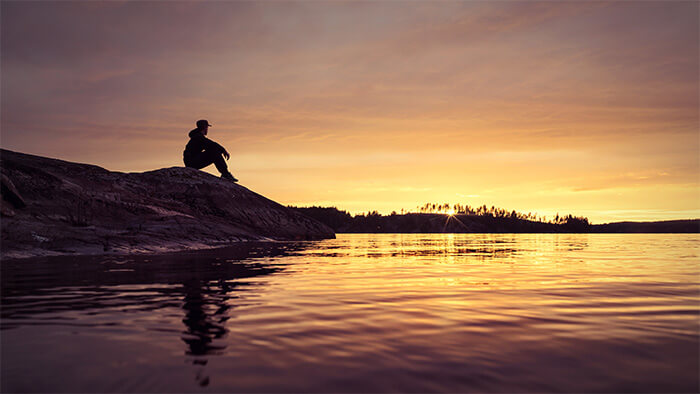 Processing emotions can also involve diagnosing their cause. Did someone just insult us? Did we say something off the mark at work? Did we do something that compromised our personal integrity? Are we lacking in love and attention from someone close to us? While this stage can seem a bit overwhelming, most causes of emotional states are usually quite obvious upon a little examination. For those that are a little more complicated, however, a combination of further reflection, dialogue, prayer, and the passage of time is usually enough to reveal some, if not all of the answers.

The last step in dealing with emotions is to respond to them in a healthy way. Feeling, naming, and detecting the cause of an emotion is good work, but it doesn’t represent total success. In some cases, these three things, by themselves, without further work, can actually make an unpleasant emotional state worse, rather than better. A person who experiences a painful feeling, knows the cause of their turmoil, but doesn’t know how to react? Well, that’s a recipe for additional frustration and distress. Who would want that?

This is where healthy responses come into play. Once unpleasant feelings have been fully acknowledged and processed, and appropriate protective boundaries have been put in place, we can then respond positively with any or all of the following: courage, love, compassion and forgiveness. These response options may seem limited in number, but there is really no painful emotion we can experience that cannot be overcome by one or more of them. Sometimes the response will be self-reflexive. ‘It’s ok that I sounded confused during a work meeting.’ ‘Yes, I feel guilty for yelling at my friend. But I’m not perfect, and I can forgive myself.’ At other times, it will be directed towards others. ‘Yes, they were rude to me, but I can communicate my hurt and let go of my anger.’ ‘My Dad hasn’t been fully attentive to me lately. But, I can tell him about it and exercise compassion.’ Still, in other situations, the response will be directed to life situations, such as in accepting, with both courage and love, a certain unavoidable status, job, or living circumstance.

With the final stage of healthy responses, we are given a real opportunity to do what Joe tried to help his daughter do: overcome the pain of unpleasant emotions. When we respond with courage, love, compassion and/or forgiveness, we not only come to completely accept what happened and how we feel, but we also fully let go of our emotional turmoil. This means a release of physical tension and mental distress, as well as a rising above hurt. It also means, as a result, a taste of internal freedom and a renewed sense of love for both self and others. In Joe’s case, his daughter did not rise above her feelings. She merely buried and ignored them. However, in the case of healthy responses, feelings are actually overcome – in the truest sense of the word.

This does not mean that some of us still won’t experience lingering hurt after processing painful feelings. While most hurt can be fully overcome through this approach, some hurt takes a long time to heal. And, the worst kinds sometimes never heal completely. What it does mean, though, is that those of us who develop this strong emotional intelligence will not be afraid to embrace lingering hurt as a part of who we are. Nor will we be defined, tormented or controlled by it. Instead, we will be free to develop a healthy emotional life that is conducive to peace, happiness and independence.

Other Helpful Resources For Dealing With Painful Emotions